With Scout Night on May 8th fast approaching, current member of the Cincinnati Rollergirls and former Girl Scout Bombtrack reminisces about her scouting experiences.

Day is done
Gone the sun
From the lakes, from the hills, from the skies
All is well, safely rest;
God is nigh
The members of the Firefox Group stood in a horseshoe around the flagpole, our last day at Girl Scout Camp Greene Wood. The rest of the camp was arrayed around us; deft, cool cadets, gangly whispering juniors, and bashful daisies brought “Taps” to a trailing close as the sun dipped beneath the trees that ringed the clearing. 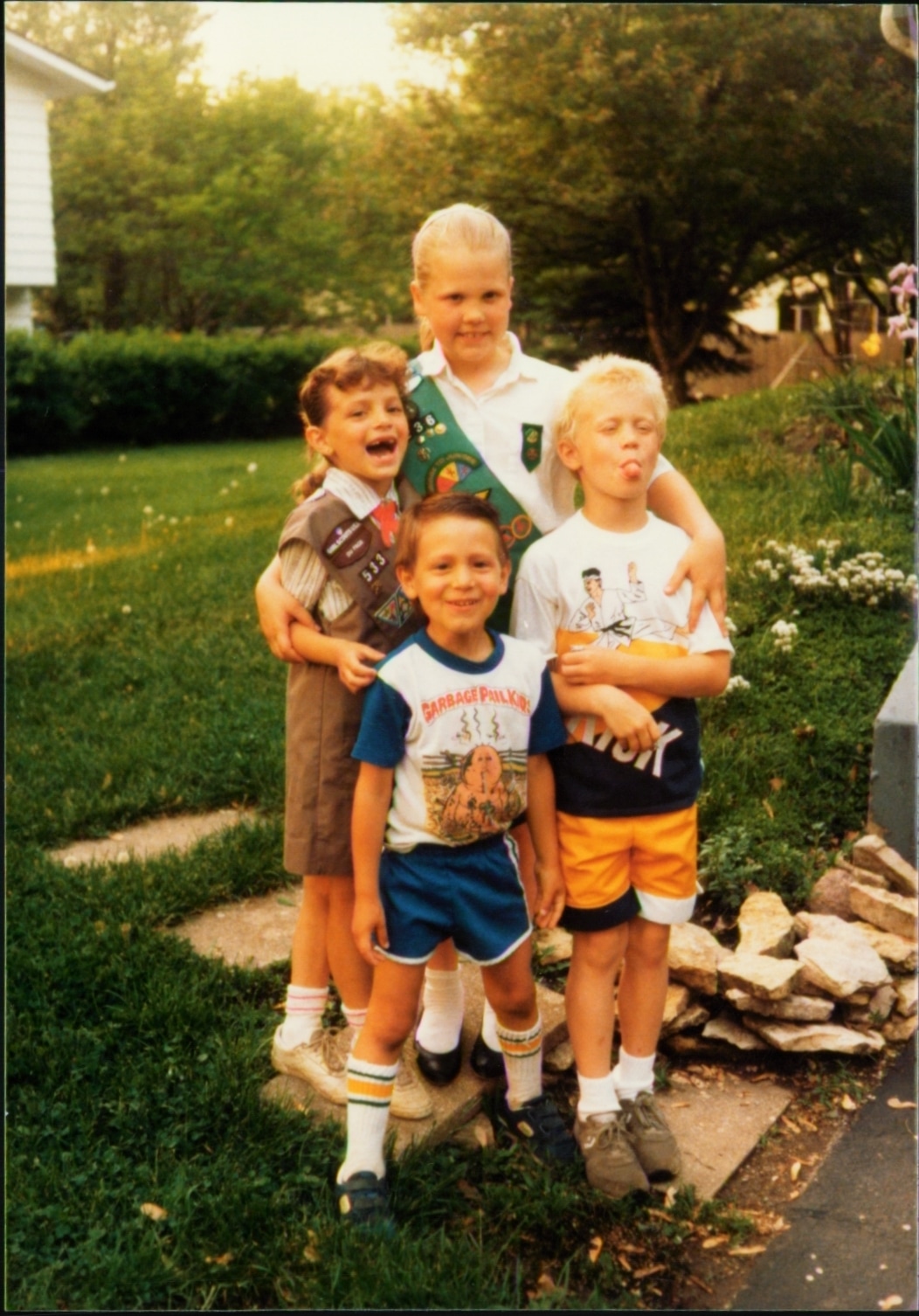 We’d won the honor of performing final flag ceremony for the entire camp after taking home the gold medal in Camp Greene Wood’s summer swan song, the Amphibious Olympics. The Olympics were the culminating event at our aquatic camp, a combined series of water and foot events that had taken the better part of the last week of camp to complete.
When teams had first been assigned on that first, sticky day in mid-June, I had looked dubiously at my group and assumed we were going to lose any competition we were thrown into. Some of these Brownies looked like they had never been in the woods—or a lake—in their lives. But when I met our leader, a tall, athletic cadet named Rachel, I knew I was meeting my first sports hero. Not only could she spike when we played sand volleyball, but she was a super fast runner, an awesome swimmer, and she let us tie-dye our Team Firefox shirts.
What was even cooler about Rachel, though, was that she made us feel like rockstars. She had a way of getting everyone on our team to find ways to improve, ways to pitch in. She even got us to help each other, selecting somebody who was good at swimming to show me how to front crawl faster, getting me to organize our team’s strategy for capture the flag, making sure that we knew that even the water balloon toss gave us more points toward a team goal of winning—yes, winning—the Olympics. And when we finally did win, in the heat of August, dusty and soaking wet after one final huge team push in tug of war, we came together in a giggling, yelling crush. Through Rachel’s charisma and through the magic of sports, a group of girls who were virtual strangers at the beginning of the summer had become a team.
I realize now that Rachel is the first coach that I can remember, and that that experience at Camp Greene Wood with the Girl Scouts changed my life profoundly. The euphoria of being part of that group, and of discovering my own contribution to a common goal, made me seek it out again and again—I got hooked on sports. I learned from Rachel how to be a good teammate, how to help my teammates realize what they could contribute, and how to recognize the talents that I had. It’s fitting that Rachel’s name comes back to me as only a one-word handle, like Madonna or Pelé; she was certainly larger than life to all of us.
Folding the flag carefully and silently into its tight, bundled triangle, the Firefoxes stepped together into a tight circle, ringed by a larger circle of the rest of the camp. We joined hands, the way we’d done every day all July, right arm over left. Rachel looked down at me.
“You start this one.”
I grinned and squeezed my neighbor’s hand and watched the squeeze travel the circumference of our group, memorizing every face and the sweet thrill of victory.
Fading light
Falling night
Trumpet call as the sun sinks from sight
Sleep in peace, comrades dear
God is near